The following is a mock children's book. If you enjoy it and would like to see more things like it, or more things like this, please consider becoming a patron at http://www.patreon.com/dreamsenshi . 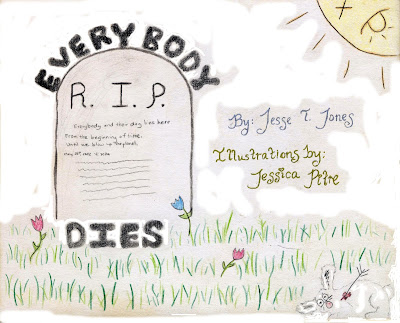 PARENTAL WARNING: Not intended for use with small children or impressionable adults. For entertainment purposes only. 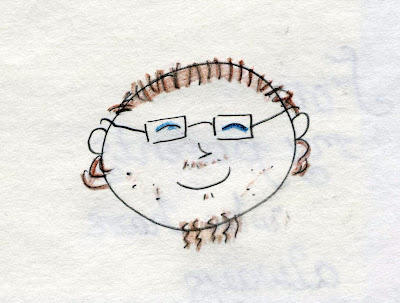 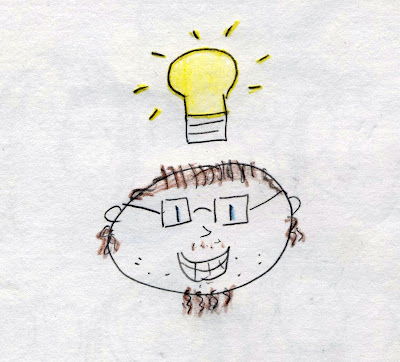 That I've come to realize

No matter where, or when, or who you are, 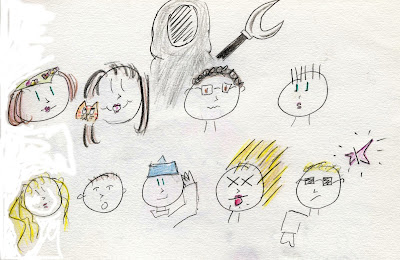 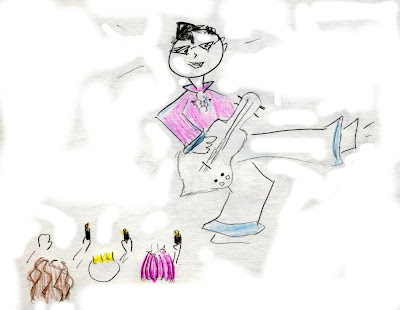 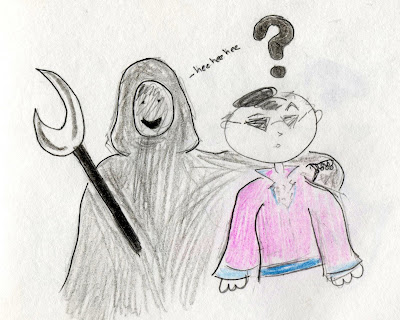 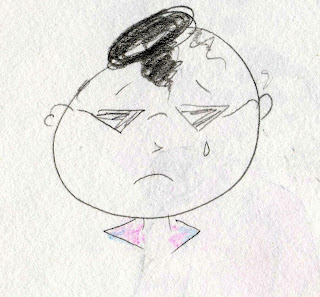 To dying of something terrible 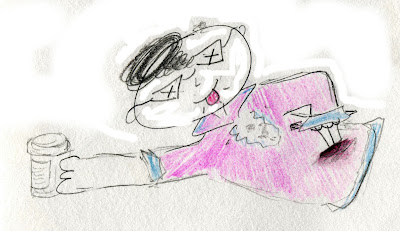 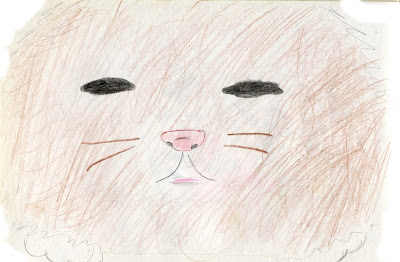 If you have a hamster,

Or a kitty or a pup, 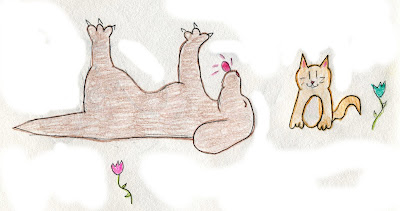 Some day they will play dead,

And never get back up. 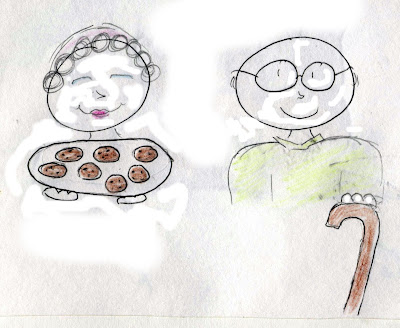 Your grandma and your grandpa 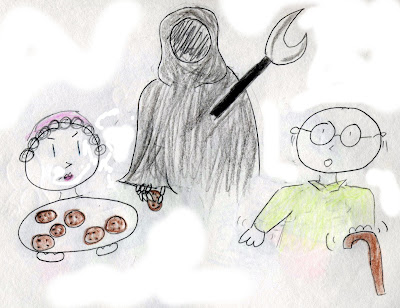 Could bite it any day 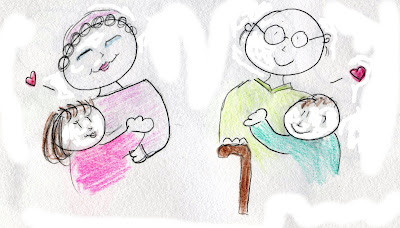 So tell them that you love them 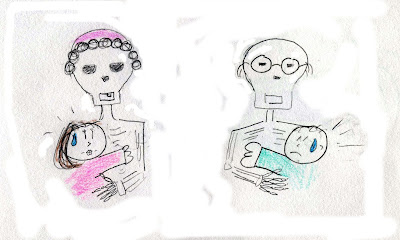 Before they go away. 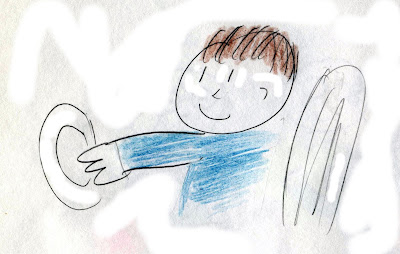 Every time your parents drive 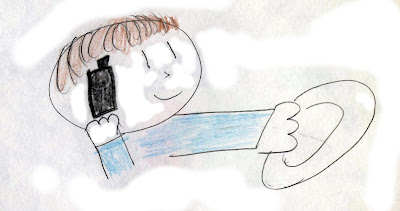 While talking on their phone 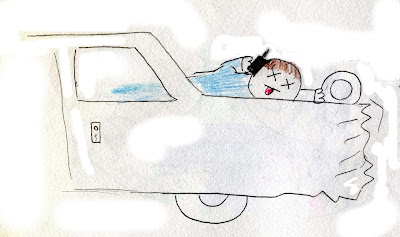 They raise their chances even higher 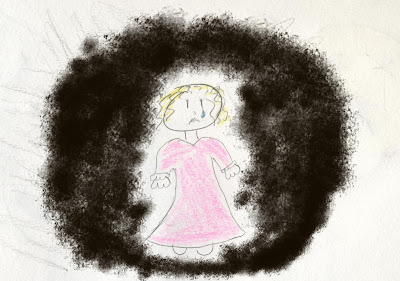 Of leaving you alone. 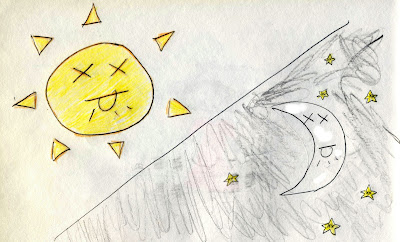 At any time, night or day, 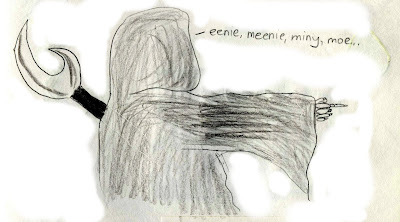 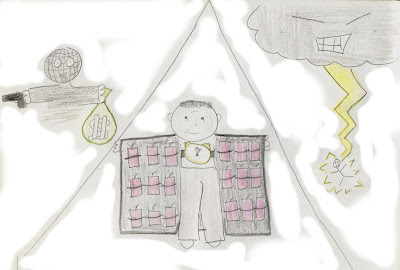 From burglars, terrorists, and nasty storms 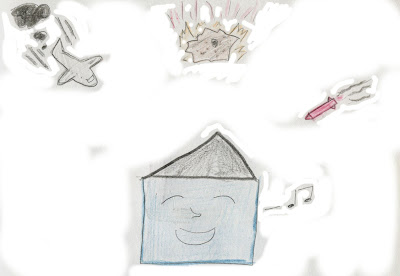 Or possibly things falling from the sky. 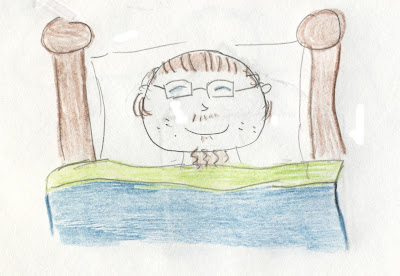 So before you go to bed tonight, know that this is true: 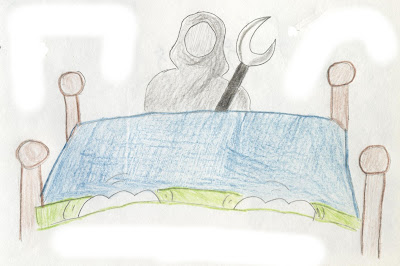 Every person must die some time; tonight it might be you.

If you enjoyed this children's book parody written by Terinati and DreamSenshi, please consider being a patron here: http://www.patreon.com/dreamsenshi

You can also purchase a PDF or book of this story as a gift for yourself or someone else on Blurb.com here: http://www.blurb.com/user/store/Dreamsenshi

There are so many things that I've considered writing about in my blog lately!

First, I had a major breakthrough about my perceptions of things. I think most people know that it's bad to live life feeling obligated to follow the philosophies of others. We need to do what's right for ourselves. What is less obvious (or at least was less obvious to me) was that I could create my own obligations built entirely on fear of the potential reactions of people without even knowing what their actual philosophies are. For example, now that I own my own house and there's so much repair and cleaning up that it needs, I was constantly feeling inadequate because we don't have the funds  or the time to do the repairs or the gardening. I had been feeling miserable because of hundreds of things circulating in my mind like this, so getting out of that trap was beautiful. I'm me! My house isn't perfect and I'm a bit sloppy! But, I'm also a cute kitty! YAY! =^..^=

It was so beautiful that I wanted to create more! Share more! I went on a mission to go through my old things, apparently dated all the way back to the 1990's, pulling out old songs and poetry and stories. I was feeling especially secure after posting my last blog didn't kill me, and because I checked and saw the crazy high number of views I had on this blog (clearly, I should write about nothing but ninja crafts to have a successful blog). In searching, I found some real forgotten treasures from my past self. But then . . . I also found a LOT of really bad stuff.

Most of these things were never meant to be shared. I didn't even actually like them myself, but I created them as a form of catharsis. They helped me to feel better; I could probably have ignored them, but there was more.

The worst were the things I thought were "okay" at the time of their creation, but really were like a brick to the face of anyone who experienced them. At least, that's how it seems in retrospect. Back then, I felt so invisible and had a dark problem I couldn't tell anyone about for reasons that would make this blog too long if I explained them. Essentially, this recipe of my life created a situation where I was desperate to express myself and be heard, but couldn't be honest. This recipe makes poop cakes out of everything, and that's how I'm going to refer to those pieces of work going forward. :} They are so bad that they are poop cakes.

Those works did not come out like real music or a good story. Good music and stories are magic, or miracles. They take something ordinary and change it into something that can be felt in an entirely intuitive way by hundreds, thousands, and maybe even millions of people, if you're lucky. What I had put together was basically an emotional catapult full of ammunition instead of inspiration. It was harsh, immature, and annoying. It was a catapult full of poop cakes.


So, after that humbling and nausea-inducing experience, I went back timidly to work on the stuff I did like . . . and now I find myself questioning everything. "Is this actually good?" "How could I possibly expect people to pay for this?" "I used to have a wealth of experience, but it's been a decade since I worked seriously, even though I've worked. I'm mediocre. A fraud! These are all poop cakes!" "I don't even have a music production computer yet! When I finally save up enough money, what if I'm too stupid to use it?!" "I should get lessons! I can't afford college again. From who? From where? WHY DO THESE WEBSITES SUCK SO BAD?! I NEED THE RIGHT KIND OF LESSONS NOW SO I CAN STOP SUCKING SO MUCH!!" . . .

. . . I've been a tad stressed out over this. :} To compound this, I'm very introverted, which means I've got an extremely limited support group. My husband has been here for me as much of possible, of course.

Then, today, something happened and kind of brought me back down to earth. I'm not sure why it helped calm me down. I think because it was simple. I wrote a quick little story about it, so here it is:


Me: [feeling queasy, having gotten my first patron on Patreon. Moving along with my songwriting/story-writing, but still feeling like it isn't even worth the generosity of this one patron. Having an introversion panic attack and needing fresh air in the office – opens the window for break.]

Me: [goes to close window before end of break and a relatively larger-than-average, black spider falls off of the top of the window into the little window slot at the bottom] “AHHH!”

Black spider: [wiggling its… head or butt at me; it’s unclear when they’re that small, though it was obviously shaking SOMETHING at me.] “. . .”

Me: “Okay, well. Do you want back out?” [starts to open the window again]

Black spider: “AHHHHHHHHHHHH!” [starts climbing to where it will get killed by the window if I keep going.]

Me: [stops opening the window, and closes it again] “Okay. I’ve got to get back to work. We good until then?”

Black spider: “eep?” [settles down on the window.]

I'm not sure what it was exactly, but somehow . . . this very tiny bonding experience with this spider I may never see again really lifted my spirits. I know, it has no direct relationship with my talent or my skill level whatsoever, but I think that's the thing. I needed to stop thinking about it so much for a moment, and the weird little guy (or girl?) gave me that.

Sometimes, I'm afraid to say how afraid I am. Self-doubt is seen as weakness, and negative people tend latch onto it as a way to validate that they are better than you. But, I want to be honest. I don't know if I'm good enough. I believe that I can be, but it's horrifying. As much as music is a miracle to me, like wielding real magic, that's a huge responsibility! If I don't do it well, then I feel like I'll disappoint people who are putting their faith in me. But, the way I felt when I was talking to the spider, considering its feelings . . . that sharing moment is what I feel like my music is really about. I don't really connect with people well, so music and stories are my way to reach out and put my love in the world. I'm going to keep trying! On the up side, I've heard people say that you can't be brave if the thing you're trying to do is easy. :}

So, there's another milestone on this crazy journey.

SIDE NOTE: I am managing to get work done toward another story/song/video release in the near future, probably later this month, so I'm not just panicking. :} LOL. I am managing to get some stuff done. And, if you're interested in being a patron of mine because of what you've read so far, you can support me here: http://www.patreon.com/dreamsenshi . I will do my best not to present you with any poop cakes.